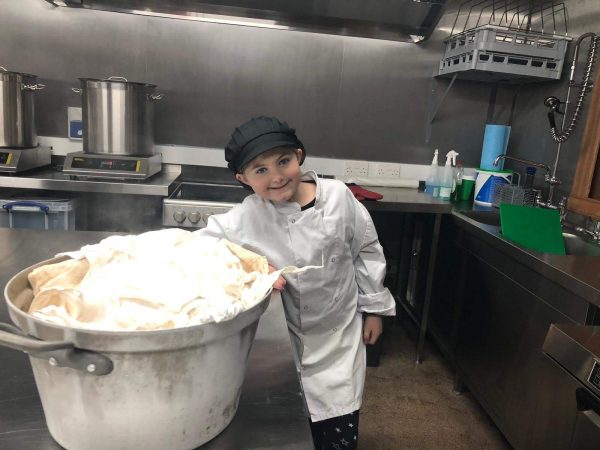 Here in Scotland, we have created some of the very best dishes and drinks over the years. During recent times our traditional Scottish food which is usually associated with Christmas is gaining popularity year-round. One example of this is Cock-a-leekie soup which combines chicken, leeks, pearl barley and prunes. It is believed to have originated in the 18th century and it has certainly survived the test of time. As with all Scottish classics, the soup has many different recipes, although the addition of prunes is an interesting one that not everyone is aware of. People would often cook their Clootie Dumplings in with their soup. Main course and pudding cooking all in one go!

Here is a recipe for the Scottish Cock-a-leekie soup:

Method:
1. Sit the chicken in a large saucepan so it fits snugly and add the stock. Make sure the chicken is covered.
2. Add the bay leaves and season with salt and pepper then bring to the boil on a high heat. Cover and simmer for 1–1¼ hours, or until cooked through. Remove the chicken from the liquid and check the juices run clear with no trace of pink when the thickest part of the leg, between the drumstick and the thigh, is pierced with a skewer (if not, cook for a little longer). Pull it apart slightly so it cools quickly.
3. Add the carrots, leeks, celery and prunes to the cooking liquid.
4. Bring to the boil, then cover and simmer for 20 minutes, or until the vegetables are tender.
5. Pull the meat from the chicken carcass into bite-sized pieces, discarding any skin and bone. Remove the bay leaves from the pan, add a little salt and pepper if needed then return the chicken to the pan and stir. Heat until piping hot.
6. Serve in warmed bowls or mugs.

Pudding: Why not have a Clootie Dumpling Cranachan?

Method:
1. Toast the oats in a frying pan, being careful not to burn them.
2. Lightly whip the cream until it reaches the soft peak stage, then fold in the whisky, honey, clootie dumpling and raspberries.
3. Serve in dessert glasses garnished with a few raspberries and a sprig of mint.

How To Celebrate Christmas With A Scottish Feast!