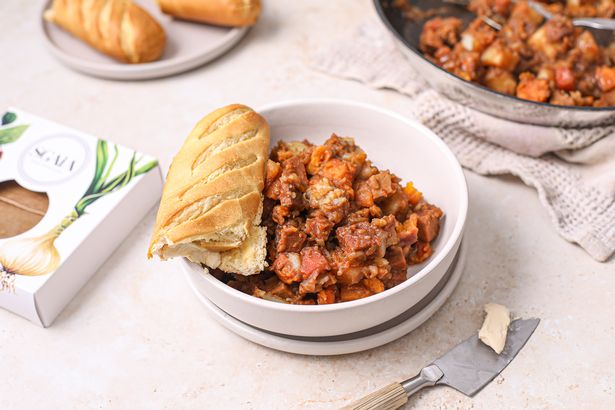 Bung everything in one pot and leave to cook while you get ready, then let everyone grab a plate and dig in. Growing up. there was always a big pot on the go at Hogmanay parties and on Burn’s Night in our household!

Like most traditional Scottish recipes everyone has their own version. I always loved coming in from the cold on a winter’s day to a plate of Mum’s homemade stovies, the kitchen filled with the aroma of Sunday roast leftovers!

One thing all stovie dishes have in common is the basic blend of animal fat, meat and potatoes. If you’re vegetarian it might seem like stovies are no go, but at Clootie McToot we like to tweak traditional recipes so that no one misses out.

After tinkering around at Clootie HQ we came up with a wholesome but equally comforting vegetarian stovies recipe.

Jump to the bottom to grab the recipe or read on to discover the lore behind Scotland’s classic comfort dish.

What Are Scottish Stovies?

“To stove” means “to stew” in Scots, which is how stovies got their name. Tatties (or potatoes) are slowly stewed with leftover cooked beef, vegetables, gravy and fat until they achieve a mushy, hearty texture.

It’s a beloved national dish in Scotland often served at weddings and big gatherings. Less well-known than haggis, it is equally comforting and delicious. Like our award-winning clootie dumplings, a plate of stovies won’t win any beauty contests, but in a blind taste test they’ll come out tops.

Is There Such A Thing As Vegetarian Stovies?

Vegetarian stovies might border on blasphemy to some Scots, but with more of us eating health conscious, plant-based diets in 2021 we think stovies are due a modern update.

Vegetarian haggis has become widely accepted across Scotland, which means no one is left out from the traditional (often food-based!) celebrations.

In fact, a recipe for vegetarian stovies has been in existence for many years. ‘Barfit’ or ‘barefoot’ stovies were simply made from stewed potatoes and onion at times when meat was scarce.

How To Make Scottish Stovies Vegetarian?

Well, here’s a challenge! Stovies’ rich flavour typically comes from beef dripping and the meat from a roasted joint.

To make a hearty, flavoursome version suitable for vegetarians we got creative in the Clootie McToot kitchen! We found that red lentils were the best substitute to create a hearty and filling dish. Smoked paprika replaces the rich flavour of the beef dripping and the tatties are just as melt-in-mouth as always.

Can I Use Something Other Than Red Lentils? 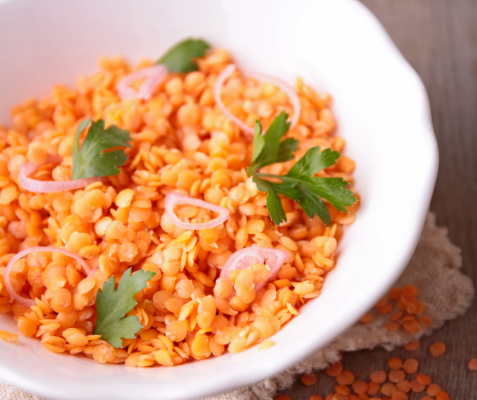 Yes! You can try substituting with Puy or green lentils, however you’ll need to soften them first. Lentils are a great choice for veggie stovies because they add to the classic mushy texture.

Another substitute you might want to try is vegetarian square sausage. I personally love this one from Simon Howie. Square or ‘lorne’ sausage is a Scottish staple. In fact, square sausage stovies are quite common especially if you want to make stovies from scratch without leftovers.

In Scotland, Lorne or square sausage is a firm favourite, made from minced meat, rusk and spices and often eaten on a breakfast roll or as part of a cooked breakfast. There are now lots of meat-free options that you can enjoy as part of a vegetarian Scottish breakfast.

What Extras Can I Add To My Veggie Stovies?

Stovies are traditionally all about leftovers, so throw in anything you have lying around. You could also add other ingredients like celery, turnip, parsnip, or even mushrooms.

You could try meat substitutes such as seitan or plant-based sausages or mince if you truly want to emulate the texture of traditional stovies.

Which Variety Of Potatoes Work Best In Scottish Stovies?

Any potato that breaks down and fluffs up easily. Maris Piper’s are an obvious choice. Stovies need to be soft and almost mushy in texture. Think of a potato so soft and fluffy that you could crush it against the roof of your mouth with your tongue.

Avoid potatoes that are bred for boiling as they’re too firm and it will be harder to achieve the stovies’ characteristic texture.

You can leave the skins on or peel them first, the choice is yours.

Traditional stovies are a calorie explosion. By substituting animal fat for lentils and smoky seasoning, our vegetarian stovies are a lighter version of the stomach-busting classic.

Vegetarian stovies is a hearty, healthy meal. It provides all the comfort of a winter meal without heavy calories, and is packed with plant-based protein and fibre. 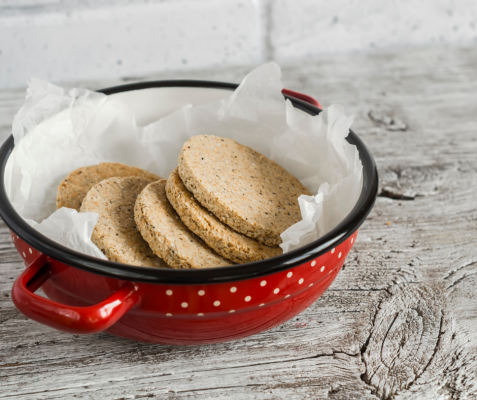 Stovies need no embellishment but they do pair well with oatcakes and pickled beetroot. Worcestershire sauce adds a fruity pizazz, or simply accompany with a slice of buttered bread!

I’ve even seen someone add peas to their stovies!

Vegetarian stovies are a one-pot meal that thrive on leftovers, so really, you can chuck anything you fancy into the pot!

And if you’ve room for pudding might I suggest a delicious slice of Plum and Gin clootie dumpling? Just a mouthful!

Can You Freeze Vegetarian Stovies?

Freeze your leftover vegetarian stovies in a container or freezer bag and store for up to 6 months. Defrost thoroughly before reheating. You might need to add a splash of water as all that mushy potato will have congealed together!

In my opinion, stovies are best eaten warm but I do know someone who will eat cold, leftover stovies on a piece (sandwhich)!

How To Make Vegetarian Stovies

Salt and pepper, to taste

A sprinkling of chopped chives to serve

Let us know what you think of these delicious vegetarian stovies. We’ll certainly be tucking into a plate or two this winter!

If you’ve room for pudding why not savour more flavours from Scotland with our Traditional Clootie Dumpling.

A Wee Update From Michelle!